Through my exploration of samples and sampling, I've been researching the history of modern sampling and it's origins and every source I've looked so at so far points to Hip Hop.

Whilst watching a Mark Ronson TED Talk on Sampling, he mentioned the track "La Di Da Di" by Slick Rick and Doug. E. Fresh. In 2014, this track was the fifth most sampled track, being sampled 547 times.

According to Wikipedia; ""La Di Da Di" is a song performed by Doug E. Fresh, who provides the beatboxed instrumental, and MC Ricky D (later known as Slick Rick), who performs the vocals. It was originally released in 1985 as the B-side to "The Show". The song has since gained a reputation as an early hip hop classic, and has been sampled or referenced in numerous other hip hop songs since its release."

As of 2017, according to WhoSampled.com, the song has been sampled 897 times, still maintaining the title of "fifth most sampled track".

Ronson expressed his personal opinion on sampling. He correlated the desire to be a part of a track's history to the desire to sample it; "We live in the post-sampling era. We take the things that we love and we build on them, that's just how it goes. And when we really add something significant and original and we merge our musical journey with this, then we have a chance to be a part of the evolution of that music that we love and be linked with it once it becomes something new again."

Although I liked his talk, I don't think that every sample comes into a track this way. Ronson's talk also refers heavily to artists referencing one another, as opposed to a direct copy and pasting of portions of tracks. As he walks through the sampling history of "La Di Da Di", the examples he plays are people singing parts from the songs as opposed to directly taking the beats and lyrics of Doug. E. Fresh and Slick Rick. Personally, I think that samples can transform a track. I pick samples because they are emotionally charged, sonically interesting, or help to illustrate a point; not to be a part of their collective history. However, one can't ignore the influence that Slick Rick has had on modern Hip Hop and the amount of artists that have referenced him. Biggie Smalls, 2Pac and Amy Winehouse are only a few of the highly famous musicians to pay homage to Slick Rick in their music.

In terms of sampling; where a pre-existing recording is taken and manipulated (or simply cut and paste), the Beastie Boys and their Paul's Boutique album contained many samples;

"Contrary to popular belief, most of the sampling for Paul's Boutique was cleared, but at dramatically lower costs compared to today's prevailing rates.A 2005 article by Paul Tingen about The Dust Brothers reveals that "most of the samples used on Paul's Boutique were cleared, easily and affordably, something that... would be 'unthinkable' in today's litigious music industry."Mario "Mario C" Caldato, Jr., engineer on the album, later said in an interview that "after [Beastie Boys] did Paul's Boutique we realized we had spent a lot of money in the studio. We had spent about a $1/4 million in rights and licensing for samples." This type of sampling was only possible before Grand Upright Music, Ltd. v. Warner Bros. Records Inc., the landmark lawsuit against Biz Markie by Gilbert O'Sullivan, which changed the process and future of hip hop sampling." The above statement on Wikipedia gives an interesting insight into a time before samples were so expensive, or difficult, to clear. I'd be interested to find samples which fell under the radar from that time, before technology and automation could detect infringement. Nowadays, it's common practice for companies like Soundcloud and YouTube to crawl content to detect copyright infringement. Soundcloud has been known to restrict many uploads due to uncleared samples that it's software has detected, much to the annoyance of it's users.

I also feel that is important to touch on the Grand Upright Music, Lts. v. Warner Bros. Records Inc. case mentioned above. This copyright case, which occurred in 1991, heavily changed the way in which samples could be used. According to Wikipedia; "As a result of the court case, the sound of hip hop music, heavily based upon combinations of various samples from various sources, was forced to change. Records such as those produced by The Bomb Squad for Public Enemy, filled with literally dozens of samples, were no longer possible: each and every sample had to be cleared to avoid legal action. Sample clearance fees prohibited the use of more than one or two samples for most recordings, with some holders of mechanical rights to recordings demanding up to 100% of royalties generated by the new song.

As a result, interpolation (replaying the requested sample using new instrumentalists, using the newly recorded version and simply paying the songwriters—and not the artist or the label—for use of the composition) became prevalent in the industry, especially in the work of Dr. Dre. As early as 1989, Dr. Dre's production was styled around fewer samples per track, studio instrumentation, and heavy sampling from artists – Parliament-Funkadelic most notably in Dre's case – who were amenable to having their music sampled by hip hop producers."

Kanye West is one such popular rapper known to hire producers to essentially rip off (or heavily "pastiche" the fuck out of) existing music to then sample. This way, a fee or small royalty is distributed as oppossed to "up to 100%" of royalties as per the Markie vs. O'Sullivan case.

On a side note, whilst doing research to back up my above claim, I found this cool website called SampleStitch (you should try it); http://samplestitch.com.s3-website-us-east-1.amazonaws.com/ The creator discusses sampling techniques in detail of certain tracks. He's managed to reverse engineer a few popular songs and has then assigned samples to be played via your computer keyboard. It's worth a look.

Although I am only briefly touching on these artists and their usage of samples, I'd like to mention one more; Burial. I am a big Burial fan, and Burial is known to heavily rely on samples. However, Burial rarely does interviews and remains reclusive, occasionally releasing music through the label Hyperdub - so researching his methods can be somewhat difficult. According to the users of his subreddit, Burial does not clear all of his samples. Of course, online conjecture from unverified users is hardly a reliable source but the topic of YouTube sampling did arise. Allegedly, Burial will use vocal covers from YouTube in addition to other videos. He is also very good at audio manipulation; you can hear time stretching, pitch shifting and a plethora of effects which disfigure and disguise many of his samples so he could, in theory, "get away with it". If we refer to our great resource Wikipedia once again, Burial's composition process is brought up; " Bevan [Burial] claims to compose nearly all his music in SoundForge, a digital audio editor, and to eschew the use of trackers and sequencers. As he describes the process in an interview, "Once I change something, I can never un-change it. I can only see the waves. So I know when I’m happy with my drums because they look like a nice fishbone. When they look just skeletal as fuck in front of me, and so I know they’ll sound good." He also said that he didn't use a sequencer, because if his drums were timed too perfectly, they would "lose something" and "sound rubbish"." Sampling isn't mentioned, but I had to chuckle at the fact he uses SoundForge; a software designed for audio manipulation and editing as opposed to composition. (If you haven't used SoundForge, it's basically a much more elaborate version of Audacity). It made me think that I want to give composinf in that way a try. However, someone did bother to make a YouTube video highlighting some of his more notable samples;

If you want to see more of Burials sample usage, check out his Who Sampled page.

Of course, I could discuss this topic forever it seems, yet only scratch the surface. I'm very interested in learning more about the history and the legality behind sampling in popular music. With technological advancements and the cost of said technology being low, sampling is now incredibly common and easier than ever. You can find a piece of music, or audio online and implement it into your own music in under 5 minutes, however it's the liscencing and legal side of things that seems to be the main obstacle.

In summary, this subject is highly illustrious and interesting to myself. Although I've always enjoyed Hip Hop and electronic music, I have only recently begun to truly understand the history and evolution of these genres. We are a long way from using reverb plates and recording on to and splicing cassette. The evolution is endless and the creativity that each technological advancement inspires is certainly intriguing; especially when it comes to creating music and manipulating samples. 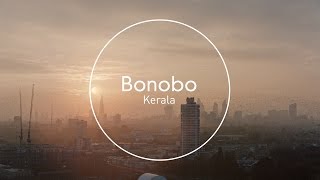 Honnda - Diamonds in the Microwave 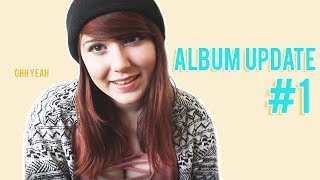 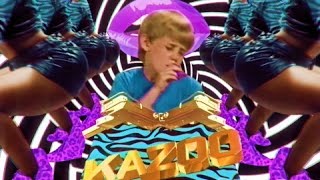 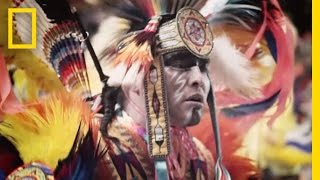